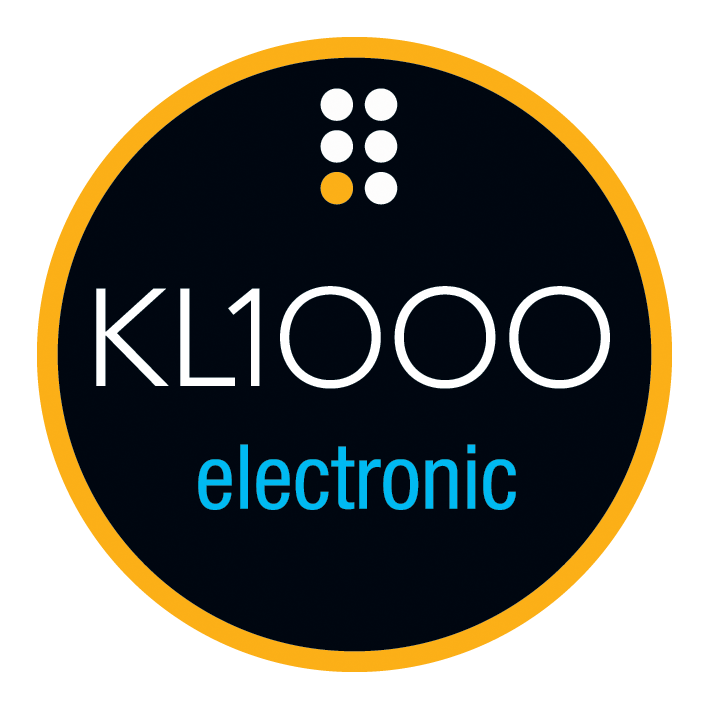 Before programming, select the most appropriate function for the application: A) or B) – See special Master Code set up commands.

B) SINGLE USE (Locker Mode)

The user enters a Single Use Code which will lock and then open the lock once only and then be erased. This function is used for short term, multi occupancy applications e.g. a locker in a leisure centre.

Note: The KitLock has a 10 button keypad and a # button. The # button is hidden beneath the handle when in the locked position.The lock has the following code levels:

A code cannot be programmed into more than one level

Note: The procedure requires the door to be open

• Remove the rear-fixing bolt and swing the lock over the edge of the door to reveal the battery compartment.

• Entering three incorrect codes will cause the lock into shutdown for 10 seconds.

When the battery power is low the Red LED will flash 3 times before the Blue LED flashes to signal acceptance of the code. Batteries should be changed as soon as this happens. The lock will operate for 100 times with low battery. 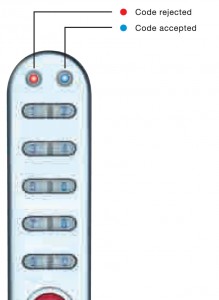 The KitLock has been designed so an external PP3 battery can be placed against the contact points surrounding the Blue and Red LED’s so the lock can be opened to replace the batteries should they fail.

The procedure is as follows: 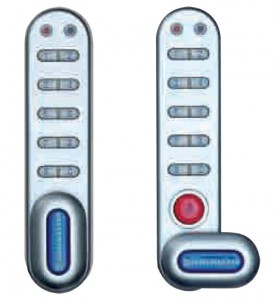 To program the lock – the lock must be in the open position with the # button visible. Every program command must commence by pressing the # button, followed  by either the Master Code, Sub-Master Code or User Code.

Set repeated use mode A)